Isaac’s Basement is a one page dungeon that’s meant to be dropped into your campaign near a mountain, or forest, or any area where the PCs will be visiting regularly and will want a friendly NPC to give them a place to camp out, guide them, give them rumors, etc.

Isaac is a lonesome woodcutter who lives by himself in a cabin in the woods. He’s incredibly friendly and helpful, though a bit of a loner. He’s a widower, whose wife, Marie, and daughter, Sarah, died a few years ago, killed by a bear in the woods nearby. If he gets to know the PCs he’ll confide this information to them.

In truth, Isaac has become a werebear, and he is the one who killed Marie and Sarah. He’s consumed by guilt about this and has started experimenting in the basement with necromancy in an ill-fated attempt to bring Marie and Sarah back to life. He’s had some small success, which keeps him going, despite the fact that his lycanthropy regularly makes him into a monster who prowls the nearby lands during the full moon, looking for victims, who eventually become the components of his eldritch experiments.

Notes on the Surrounding Wilderness

Outside Isaac’s house are two paths, one will lead to a graveyard filled with unmarked graves (these are failed Sarahs and Maries) the other leads out into the woods to a small unadorned hunting shack that Isaac sometimes stays in and Jordie occasionally frequents. The trapdoor to room 15 leads to a pit trap to some random place in the woods. Any wooded area could easily fuck the PCs into finding themselves here. 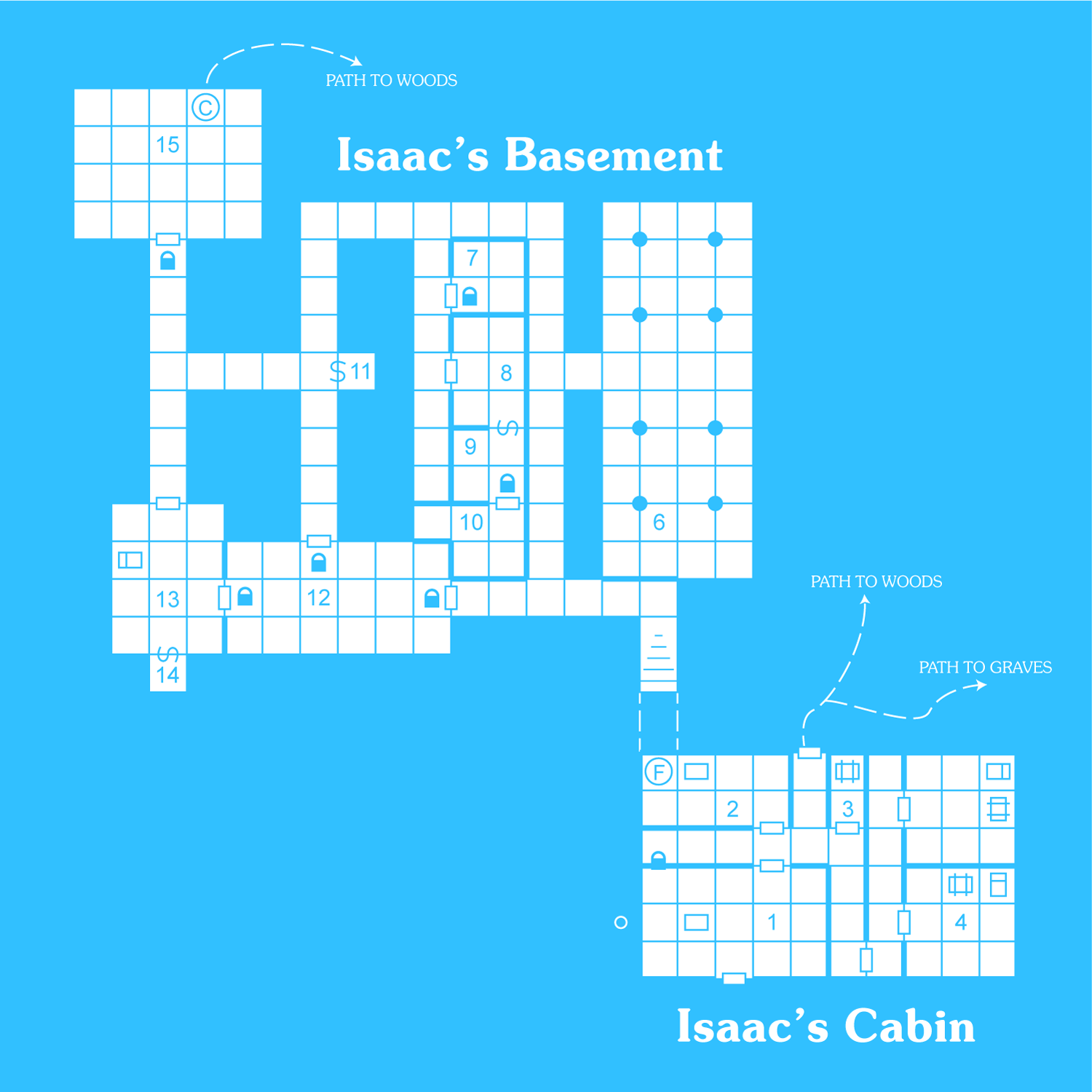 Map of Isaac’s Cabin and Basement

If the PCs pour a potion of growth into the vat, then the body will grow skin and hair (the small bodies turn to Sarahs, the normal sized ones turn to Maries). If a potion of healing is then poured in, the creature from the vat will come to life. If a potion of poison is poured into the vat it will disintegrate whatever is in there. A potion of healing before a potion of growth will raise a skinless beast who shrieks and attacks on sight. Only the potions from room 7 will work. Isaac’s experiment is not complete and the creatures do not have souls, they will attack anything that moves or howl and attack each other. They will do whatever is the most creepy or tragic at that time.

Wandering Monsters (In the basement) 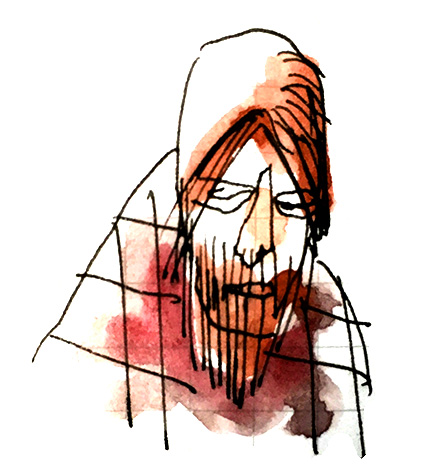 Isaac became a werebear and in his initial rage and confusion killed his wife Marie, and daughter, Sarah. He has long since killed the sorcerer who turned him and has spent the time studying and trying to find a way to resurrect his family. He is incredibly helpful and warm to the PCs and is not suspicious in any way3. Keeps keys to room 15, 12, 7, and 10 around his neck on a necklace.

Jordie is a slow kid from a neighboring village who wandered here and Isaac has taken in as his own sort of adopted son. Jordie helps Isaac with the prisoners and other odd jobs and seems to have no greater understanding of the wrongs that are being done, just that Isaac’s family died and this will help him get them back. Don’t you want to help Isaac get his family back? If threatened he will run away and try to get Isaac or a bear (who can then get Isaac). Owns keepsakes from Isaac’s victims.

Isaac thinks that Elves and their immortality hold the secret to bringing his wife and daughter back to life (they don’t). He is trying to extract the soul from this poor creature. He’s already removed his tongue, so he can’t cast spells.

This little girl has been kidnapped. Isaac lured her in his bear form, by being playful and charming.

Grey Sarah is the greatest accomplishment of Isaac’s. She is like Sarah in every way, save for she doesn’t grow, speak, or think. She is an empty vessel. The most she has been able to learn is to stir the vats occasionally. Isaac loves her and will do anything to protect her. She is unaware of this or anything else.

Black Marie was the closest thing to a success Isaac had before Grey Sarah. Success is a tough word because Black Marie is infested with some broken soul and hates all things. She has spell like abilities to cast Darkness and Frost Bolts once per day and her bite (which can only hit if both claws hit) causes poison. Save vs. poison or lose 1 pt, of CON per day until you die. 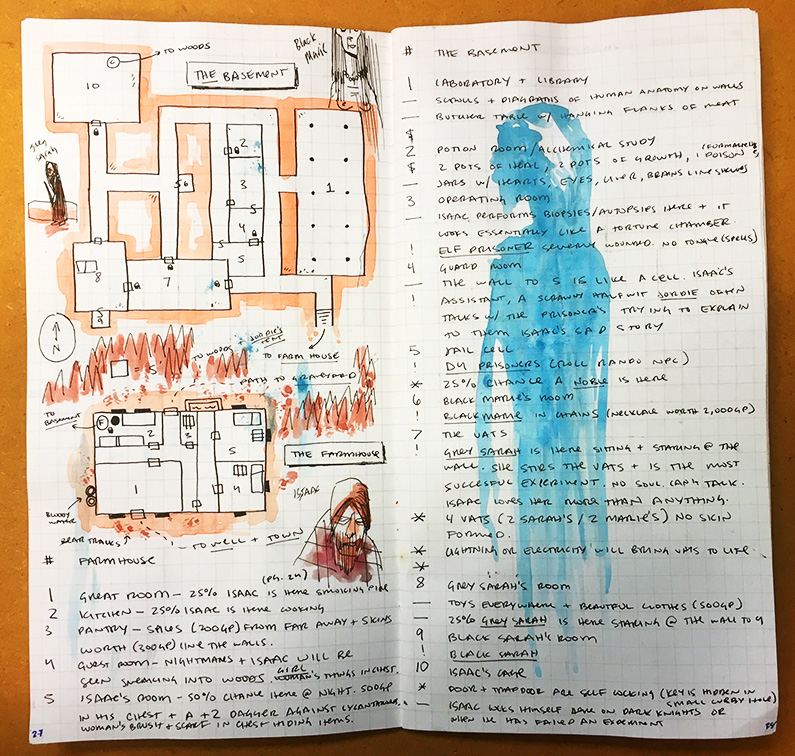